The Journey to Enlightenment: The Life and Teachings of the Buddha (Part I)

Welcome to the first part of our blog series on the life and teachings of the Buddha.

The Buddha, also known as Siddhartha Gautama, was a spiritual teacher who lived in ancient India over 2500 years ago. His teachings and philosophy have had a profound influence on Buddhist thought and practice, as well as on many other areas of life. In this blog post, we’ll take a closer look at the life of the Buddha, including key events and teachings from his life that continue to shape our understanding of the world today. Whether you’re new to Buddhism or simply looking to learn more about this influential figure, this post will provide a helpful overview of the Buddha’s life and legacy. 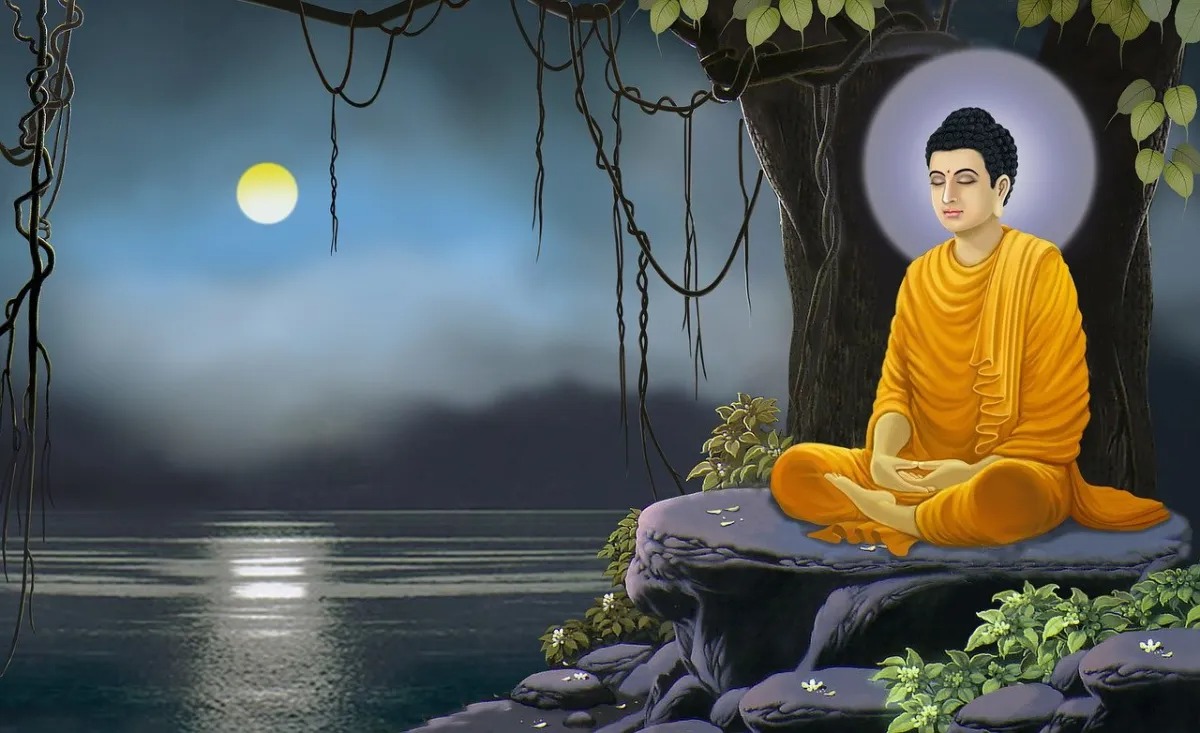 The Buddha was born in the Shakya Kingdom in ancient Nepal around the year 563 BCE. According to tradition, he was born to a royal family and his mother, Queen Maya, had a series of dreams predicting his future greatness. When Siddhartha was born, it is said that he walked seven steps and declared, “I am the chief of the world. This is the last birth. There is now no further becoming.”

Siddhartha’s early life was one of luxury and privilege. As a prince, he was protected from the suffering and hardship that was common in the world outside the palace walls. However, despite his comfortable upbringing, Siddhartha was not content to simply enjoy the pleasures of his royal life. From a young age, he was drawn to spiritual matters and was known for his deep curiosity and wisdom. 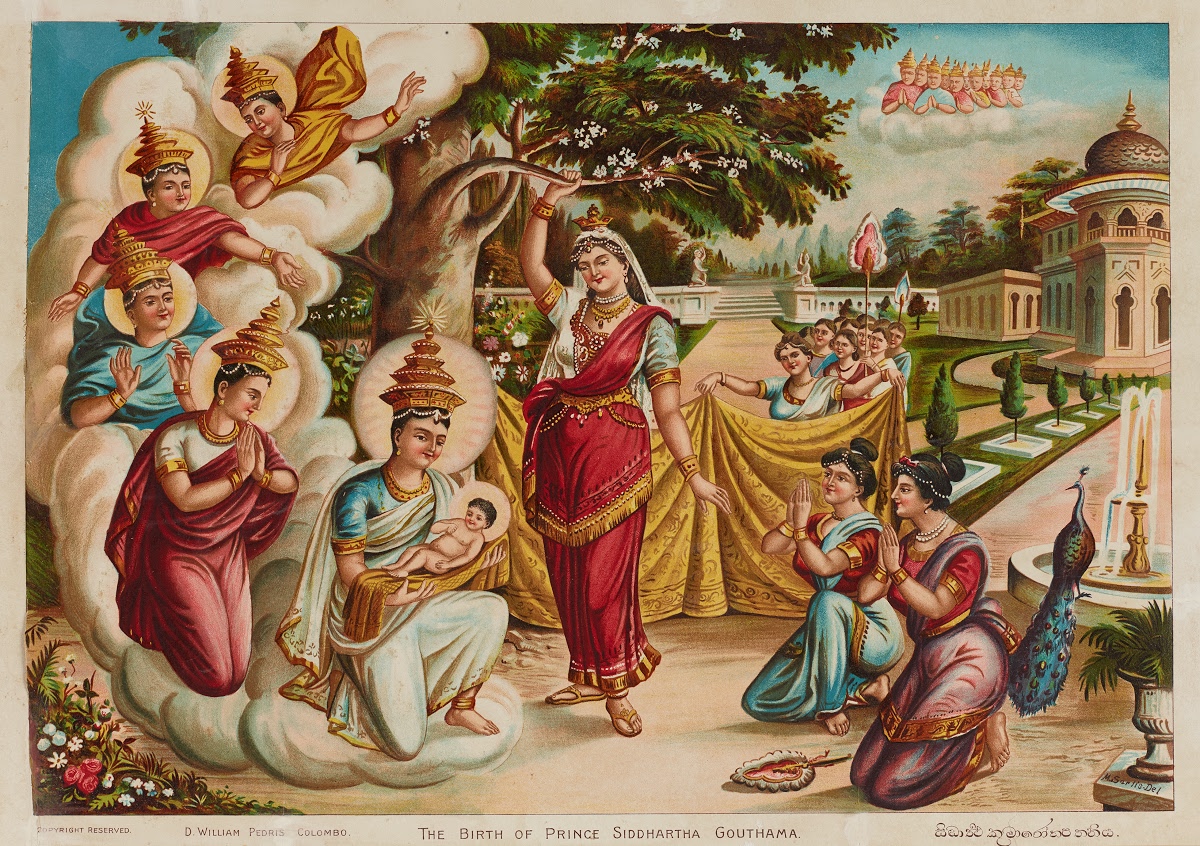 At the age of 29, Siddhartha left the palace and set out on a journey of spiritual exploration. This decision, known as the “Great Departure,” marked the beginning of Siddhartha’s path to enlightenment.

The Four Sights were a series of encounters that the Buddha, Siddhartha Gautama, had during a journey outside the palace walls. These encounters had a profound impact on Siddhartha and were a key turning point in his life.

The first of the Four Sights was an encounter with an old man. Siddhartha had never seen anyone old before, as the people in the palace were all young and healthy. Seeing the old man made Siddhartha realize that suffering and death are a part of life.

The second of the Four Sights was an encounter with a sick man. Siddhartha had also never seen anyone who was sick, and this encounter made him realize that suffering can come in many forms.

The third of the Four Sights was an encounter with a corpse. Seeing death firsthand was a shocking experience for Siddhartha, and it made him realize the impermanence of life.

The fourth of the Four Sights was an encounter with a monk. The monk was calm and peaceful, and this made Siddhartha realize that there may be a way to find peace and freedom from suffering. 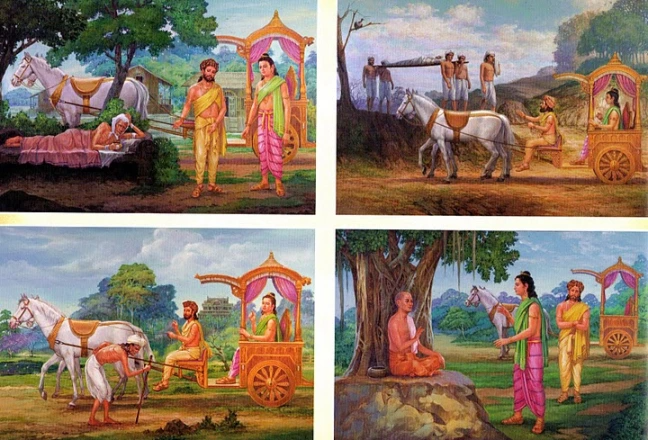 These Four Sights had a profound impact on Siddhartha and led him to leave the palace and embark on a journey to seek enlightenment. They are an important part of the Buddha’s story and continue to be a central teaching in Buddhism.

In this first part of our series on the life and teachings of the Buddha, we’ve learned about the birth and early life of Siddhartha Gautama, including his privileged upbringing as a prince and his deep curiosity and wisdom from a young age. In addition, it’s also Siddhartha’s journey and explores the Four Sights that led him to leave the palace and seek enlightenment. These encounters had a profound impact on Siddhartha and set him on the path to becoming the Buddha. We hope you’ll join us for the next installment of our series as we delve deeper into the life and teachings of this influential spiritual teacher.

If you’re interested in learning more about the Buddha and his teachings, be sure to check out our website: https://thebuddhastatue.com/, where we offer a wide selection of Buddha statues and other Buddhist art and artifacts. For the best and unique The Seven Deadly Sins merch, check out our store.

⭐️ Due to the impact of Covid-19 and Chinese Lunar New Year to our factory, from January 10 to 25, some orders may be delayed. Dismiss